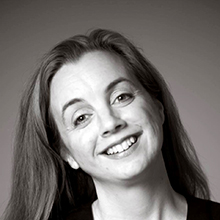 No news to display

No events to display

END_OF_DOCUMENT_TOKEN_TO_BE_REPLACED

Before joining Loyola, Patricia served for three years as assistant director of publications and communications in the public relations department of the University of New Orleans, where she oversaw the UNO Magazine, the UNO newsfeed, UNO social media and various University communications. Previously, she was a city reporter for Post-Newsweek Media Company and a freelance journalist publishing since 2003.

During the first half of her career, Patricia worked for nearly a dozen years as a consultant in Washington, D.C., helping large organizations to effectively implement new initiatives, operational and change management strategies and communication plans. Clients included manufacturers, utilities, the country's largest HMO, the Institute for Genomic Research, and Yale University, among others.

Patricia is a 1992 graduate of Georgetown University. In 2007, she received a master’s degree in journalism with a focus on public affairs from the Philip Merrill College of Journalism at the University of Maryland, College Park. She is a New Orleans native and happy to be home.